Nearly 100 restorationists, tribal members, media, biologists, and fish advocates camped on the banks of the Salmon River and learned about the recovery efforts to restore the Spring-run Chinook population on the Salmon River.

To highlight this remnant population and the community deeply engaged in recovery of the species, SRF joined with the Salmon River Restoration Council and the Mid-Klamath Watershed Council to offer the 2nd Annual Spring-run Chinook Symposium in concert with the Salmon River Spring Chinook and Summer Steelhead Dives. This year’s event, which took place July 24-27 on the beautiful Salmon River, was highly successful, bringing much needed attention to the plight of the Klamath River Chinook populations.

The Spring-run Chinook Symposium began with the locally-coordinated annual Salmon River Spring Chinook and Summer Steelhead Dives and the high attendance ensured that the majority of the surveying was accomplished in one day. A locally organized event, the dives bring together a coalition of agency personnel, tribal members, and concerned citizens who form small teams to dive the entire Salmon River in a short time span, in order to get a good estimate of the salmonids holding in the Salmon River. The Salmon River Surveys are a focal point in the effort to protect and restore Klamath Spring Chinook, bringing together communities, tribes, academia, and agencies in a cooperative approach to recovery.

The dives were followed by the Spring-run Chinook Symposium, which offered two days of restoration training and networking opportunities for practitioners working on issues affecting California’s threatened Spring-run Chinook populations. The Karuk Tribe hosted a Traditional Management Practices and Current Restoration Techniques tour, including road decommissioning, riparian restoration and forestry management for fire fuels reduction. The Mid-Klamath Mainstem Thermal Refugia Float on the Klamath allowed participants to see the significance of the clear, cold-water creeks that flow into the Klamath and included discussions of refugia use and importance, creek mouth enhancement to that end and salmonid identification. Petey Brucker and Nat Pennington of the Salmon River Restoration Council offered a workshop on the Salmon River Spring Chinook, which included a snorkel tour, and discussed a community approach to restoration. The evening presentation regarding FERC relicensing and the Klamath Dam removal efforts included inspirational talks by fisheries biologist Mike Belchik of the Yurok tribe. Ron Reed of the Karuk tribe explained that the Spring salmon are a vital component of the Karuk Tribe of California’s culture. “Today an average of 600 adults return to the Klamath River above Weitchpec. The United States government has failed to honor the Karuk Tribe’s right to it fisheries and related ceremonies and cultural practices. With the drastic decline in the Spring-run Chinook and the United States’ lack of recognition of their Tribal Trust responsibility, the Karuk people have and still are suffering a social injustice. There are only a handful of spring salmon that pass through the Ishi Pishi falls each year, making it problematic for traditional fishermen to access these important ceremonial and subsistence fish. Some of the cultural impacts imposed by the US government on the Karuk Tribe include: high levels of disease such as diabetes amongst tribal members thought to be directly tied to poor diet due to lack of access to traditional foods, like spring salmon; the limited access to cultural resources causing disconnect and disorientation of the traditional culture; and extremely high levels of unemployment promoting depression, low self-esteem, and substance abuse. The return of healthy runs of Spring Chinook salmon or “Ama” to the Klamath Basin cannot occur unless the ceremonies and traditional use practices are set in place to renew the world now and for a continuum of generations by Karuk people.”

Other highlights of the symposium included an “Overview of Spring Chinook Salmon in California” by Dr. Peter Moyle, author of Inland Fishes of California and concurrent sessions that included “All about Spring Chinook” which focused on Chinook Stock Identification, life history investigations and limiting factors; Fish Disease; and Spring Chinook of the Trinity River. 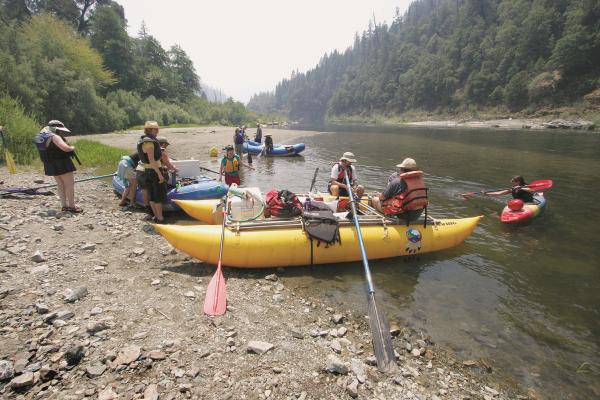 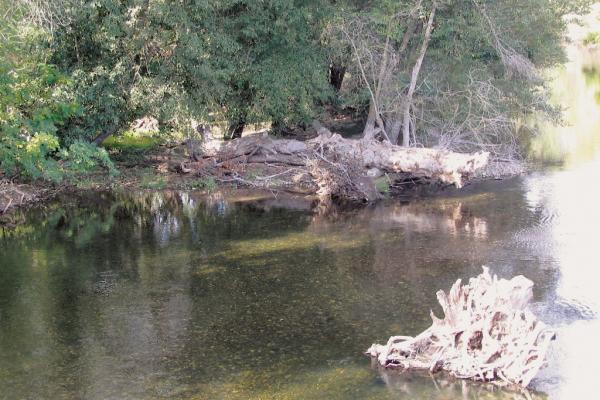 US Fish and Wildlife Service

US Bureau of Reclamation