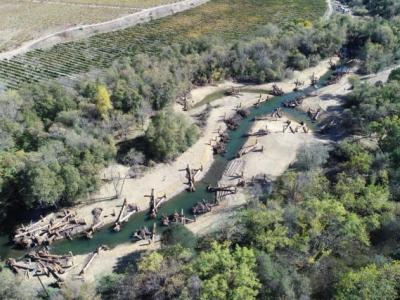 Possibility of a Renaissance for Spring-Run Chinook: Fact or Fiction?

Nearly two decades earlier, the Central Valley Spring-Run ESU was originally proposed as endangered, but instead listed as a threatened species after NMFS concluded that the this ESU was likely to become endangered in the foreseeable future. The complete extirpation of the Spring-Run from the San Joaquin River, and the loss of historical spawning habitat above the dams in the Sacramento and Klamath River basins have resulted in greatly reduced distributions of Spring-Run Chinook salmon in Northern California. Is the possibility of a renaissance for the Spring-Run Chinook fact or fiction?

The session will feature a range of insightful topics, including: (1). Spawning Migration Timing; (2). Juvenile Life-History; (3). Physiological Responses; (4). Re-Introduction Planning and Implementation; and (5). Genetics.