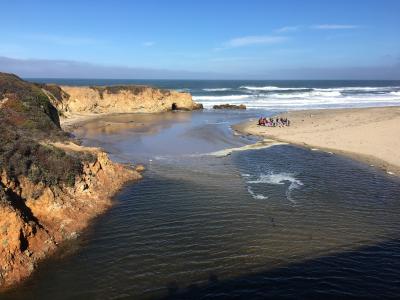 The Los Padres Dam tour will focus on how to improve fish passage over and back down from an existing dam, along with habitat improvements below an existing dam. With co-presenters from NMFS, Monterey Peninsula Water Management District, California American Water, and the Carmel River Steelhead Association you will learn about 40 years of work to benefit steelhead.

This tour will drive south to the Carmel River and visit the Los Padres Dam site 24 miles from the ocean. When Los Padres Dam was built there was no fish passage considered and as a consequence many projects have been built to allow steelhead to migrate up to the headwaters and back down as adults, resident rainbow trout, and juveniles.

To get fish downstream boulders were blown up to prevent crashing into them from the spillway, a metal extension was added to the spillway to get fish past remaining boulders, a berm was installed on the spillway to channel water into a concentrated area, a “notch” was cut in the top of the spillway and the most recent, a 4.8 million dollar water slide and behavioral guidance system was installed. There is also evidence of gravel injections done several years ago and more is planned in the future.

Your guides from the Carmel River Steelhead Association and Cal-am Water Co. will tell us how each of these systems are working or have worked and a representative from the NMFS South West Science Center will talk about what we have learned about fish passage through the dam as a result of a study started last year. 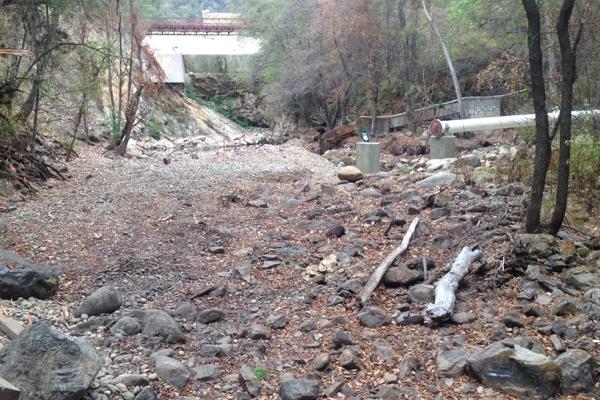 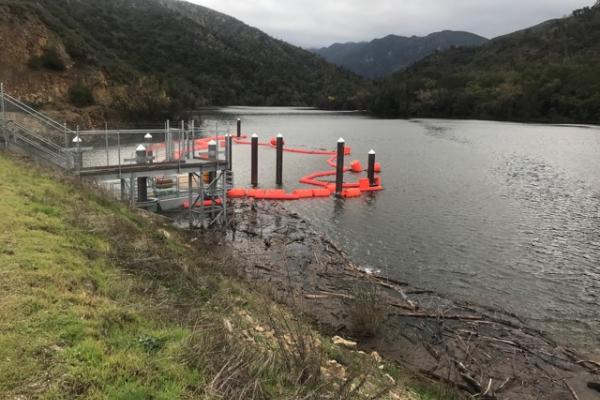 The downstream fish passage with the behavioral guidance device