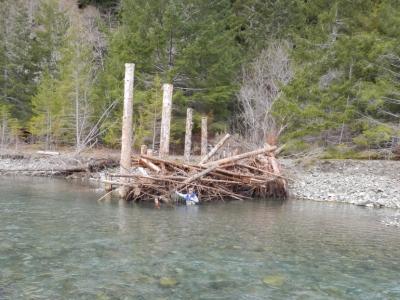 Water temperature has long been recognized as a key limiting factor affecting the distribution and abundance of salmonids in rivers and streams, particularly for species such as coho salmon, spring-run chinook salmon, and steelhead which oversummer in freshwater and thus require year-round cool water. Technological advances through past decades and recent years have facilitated development of new tools and approaches to studying water temperature which have yielded new insights. In addition, long-term monitoring programs are accumulating data and tracking the response of stream temperatures to disturbance events, climatic variation, and changes to land and water management. Much has been learned, but much is yet to be discovered. This session will feature presentations with new science on water temperature in freshwater salmonid habitats, with topics such as: new approaches to monitoring, analyzing, and modeling stream temperatures; research into physical processes affecting thermal dynamics, such as riparian vegetation, smoke and fog, and exchange between surface water and ground water; the importance of thermal refugia and thermal diversity; climate change modeling and projections; and assessments of long-term trends.

Streams That Cool Down as Summer Heats Up: The Effects of Seasonal Changes in Riverine Canopy on Water Temperature
Ann Willis, University of California, Davis, Center for Watershed Sciences